As a temporary solution for COVID-19 we are now offering video conferencing in lieu of in-person meetings. | More Info 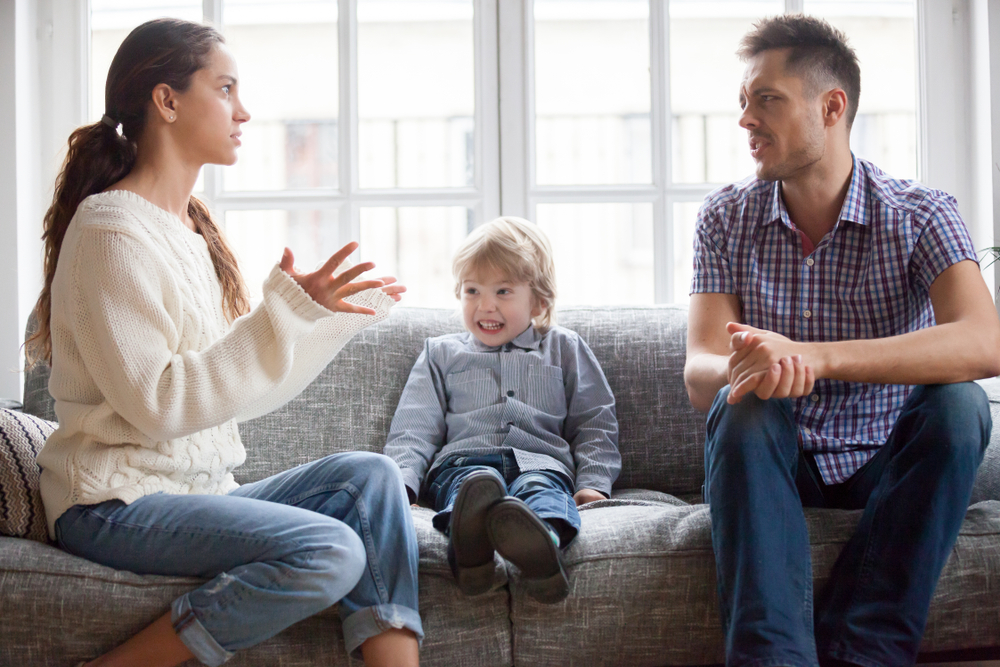 Divorce is a complex process and can get especially tumultuous when child custody issues come into the picture. In fact, one of the most common concerns among divorcing couples with kids relates to how Missouri laws operate around child custody and if they stand a fair chance at it.

As experienced St Louis child custody lawyers, we can confirm that Missouri law does not give special preference to mothers, but gives both parents an equal chance at obtaining custody.

That being said, you should not assume that child custody is divided equally between both parents. There is much confusion surrounding the law passed in 2016. While it does not mandate Missouri judges to award 50-50 custody time, it suggests that equal custody be granted as far as possible.

In other words, 50-50 child custody is not guaranteed. The judges make all custody-related decisions with the child’s best interests in mind.

A new House Bill called HB 229 is pushing for split custody arrangements in Missouri. If this bill becomes a law, the parent who wishes to get more than 50 percent of custody will have to prove in court that it is in the best interest of the child.

The court may grant either sole custody or joint custody, and it is also possible that one parent gets more time with the child than the other, in accordance with the child’s best interest. The judge will consider the following factors when arriving at this decision:

In Missouri, two types of custody can be awarded: legal and physical. Parents with legal custody can make most of the major life decisions on behalf of the child. These include decisions regarding health, education, religion, daycare, extracurricular activities, and any other major decision that can greatly impact the child’s life.

Physical custody has more to do with where the child lives. In both arrangements, parents can receive either joint or sole custody. So, parents considering their chances of receiving “full custody” can be assumed to be looking for sole legal and physical custody.

With changing times, court judges are considering the father’s role greatly in the child’s upbringing when awarding custody. Hence, judges are now more inclined towards granting joint legal or physical custody. This outlook is further supported by the proven fact that a child develops better when raised among both parents.

However, as the facts and circumstances involved in each case are different, judges may award a combination of these custody arrangements.

In joint legal custody, both parents make decisions on behalf of the child. If there is a disagreement and a decision cannot be made, then the parent who has the authority to take the final call makes the decision.

In sole legal custody, on the other hand, only one parent has the authority to make decisions. This parent has to inform the other parent of any decision they make.

When joint physical custody is awarded, both parents get a considerable amount of parenting time with the child. However, it may not necessarily be in the 50-50 ratio. The presumption of the court in Missouri is that parents share joint legal and physical custody of the child. The courts generally default to a joint custody arrangement unless either of the parents is found to abuse or neglect the needs of the child, or if the court finds the case to involve factors such as:

These are just a few of the many scenarios where joint custody may not be awarded by the courts.

Determining child custody is one of the most crucial factors in family law. After all, the final outcome can impact the everyday life of the parents and the child. It is important for parents to understand their rights and defenses to increase the likelihood of achieving a favorable result. It makes sense to consult an experienced St Louis child custody lawyer and get your questions and concerns addressed. Remember, your children deserve nothing but the best from you.

As a good parent, you want to spend as much time as possible with your children and be involved in their lives. You also want to keep them away from an environment that brings about confusion and frustration. Knowing your parenting options is the first step towards achieving these goals. Discuss your unique case facts with the team of experienced St Louis child custody lawyers at the J. Rench Law Firm on (314) 725-4000. You can also contact us online.