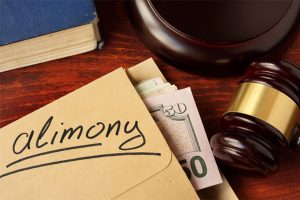 All across the country, alimony laws are changing. New trends to consider the employability and reasonable needs of a person receiving an alimony award make it more difficult to qualify for an award, shortens the length of time for which alimony is awarded, and reduces the amount of the alimony itself. Important changes to the tax code in 2018 also complicated the process of alimony by changing the structure of taxation for alimony awards.

It is important for divorcing couples to understand their rights with regard to alimony. It is also, however, important to understand that because of the uncertainty of the outcome after litigating a case involving alimony, working together to problem-solve the issues can make more sense. Litigating a claim at trial is both timely and expensive. At the end of the arduous process, a judge will issue an award that is likely to make both spouses unhappy. Mediation and collaborative divorce allows spouses to resolve alimony claims faster and at less expense. More importantly, the spouses have a say in the outcome of the case. This is a very important consideration for couples whose lives are changing very quickly and may feel they are losing control of the most important things in their lives.

Attorney Jennifer Rench is an experienced St. Louis Divorce Mediator and a collaborative divorce lawyer. She knows how to help couples explore creative solutions to take control of their financial interests and agree to outcomes that are right for them. This saves time, money, and bitter emotions during a highly emotional time. Call (314) 725-4000 today to schedule your free consultation.

The Ins and Outs of Alimony

Historically, alimony (also called maintenance in Missouri or spousal support) was considered a right of divorced women. It arose from old views about a woman’s ability to work and her duty to raise children. Divorced men, therefore, had a legal obligation to financially support their ex-wives, who were considered unable to earn an income for themselves, and were assumed to be needed at home to raise children. These views do not, of course, apply to many modern families. Today’s economic climate requires many families to have two working parents. Same-sex couples do not fit into traditional gender roles that were formerly propagated by outdated laws. In recognition of the changing American family, state legislatures across the country have been limiting the availability of alimony.

New alimony laws make it more difficult to qualify for an alimony award at all. One must prove that he or she has the financial need for alimony and that the former spouse has the financial ability to pay alimony. When alimony awards are issued, they are generally ordered for shorter periods of time and in smaller amounts. This reflects a new trend toward limited alimony awards that are only designed to make the recipient financially independent. (A common example is alimony that continues long enough to allow a spouse to go back to school or receive work training.) In this way, alimony laws are efficiently changing to meet the needs of the twenty-first century American family.
Here in Missouri, our state laws reflect the general alimony principals described above. Section 452.335 of the Missouri Revised Statutes requires a spouse seeking a support order to first prove qualification for an award. The recipient must (1) lack sufficient property, including marital property apportioned to him, to provide for his reasonable needs; and (2) be unable to support himself through appropriate employment, or be the custodian of a child whose condition or circumstances make it appropriate that the custodian not be required to seek employment outside the home. The statute also requires that the maintenance order shall be in such amounts and for such periods of time as the court deems just, and after considering all relevant factors (including those listed in the statute).

The Tax Consequences of Alimony

Prior to 2018, alimony was a deductible expense to the payer and taxed as income to the recipient. This often acted as an incentive during settlement negotiations. With the promise of a tax benefit, a reluctant payer could become more likely to agree to an alimony award outside of litigation. Similarly, a recipient might agree to a shorter or lesser award, knowing that it would be taxed as income. For better or worse, these provisions of the tax code were rewritten with other major tax changes that became effective in 2018. Alimony is now treated as “tax neutral.” This means that the payer cannot deduct it, and the recipient does not have to claim it as income. CNBC spoke with one mediator who speculated that the change will not only impede divorce negotiations but also reduce divorced individuals’ ability to contribute to retirement income. These and other unforeseeable financial consequences are likely to play about in the coming years. One thing that is certain? It will take a very skilled collaborative divorce attorney or mediator to deal with alimony claims that have become more complicated.

Experienced St. Louis Divorce Mediation Attorney Jennifer Rench can help you take control of your divorce. A lower-conflict alternative like divorce mediation or collaborative divorce helps you save time, money, and contentious litigation. Call (314) 725-4000 or contact us online today to schedule your free consultation and learn how mediation can help you. By learning about alimony claims and the many different ways they can be resolved, you can help settle your divorce faster and start building your new